The Kindseat brand is owned & manufactured by Devon Disability Collective, a Social Enterprise that provides quality employment & training for people with disabilities & those furthest from the labour market through our own commercial enterprises.

‘7% of those with a learning disability of working age are in employment’.

‘47% of disabled people are in work, compared to 80% of the average population’.

This is a not for profit organisation and everyone who works here has voting rights.  Our work is about the importance of the people who work with us, the quality and value of the goods we produce and essentially about really understanding and valuing the needs of people we provide our goods and services for.

We see everyone has a strong ability and it is our aim to reduce the unfair disadvantages that disabled people face in the job market.  Over 50% of our staff have a disability.

Devon Disability Collective (DDC) was formed in July 2015 following the closure of Pluss.  The long-serving members of staff (most of whom have a disability) now own and manage the business which has been operating for over 55 years, in Marsh Barton Industrial Estate Exeter.

DDC’s strong links with Exeter City Council, Devon County Council, and the Community Union helped establish the business and provided ongoing employment for employees made redundant by Pluss.  The Board of Directors maintains these valuable links with the local government coupled with additional expertise from the local business community.

The Board is chaired by Joe Mann MBE, former Deputy General Secretary of Community Trade Union and General Secretary of the National League of The Blind and Disabled (1995-2000), who brings an abundance of experience and influence to drive forward DDC’s vision of providing employment for people with disabilities.

DDC’s Patron, local MP Ben Bradshaw, former Secretary of State for Culture, Media and Sport who is an advocate and promoter of disability rights, and the head of Devon County Council John Hart who continues to provide invaluable support. 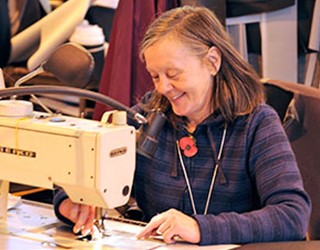 ‘It’s my 11th year, I enjoy the friendly atmosphere here,
not something I experienced in my previous roles.I spent some time in
Kent working on Equestrian products, but I came back to my routes in
Devon.I’ve been a sewing seamstress since 17!’. 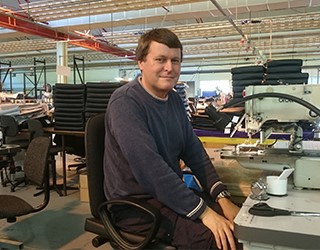 ‘I’ve been working with the team for 4 years now and trained
up as a machinist, I’m responsible for making belts and also work in
light engineering.When times are busy we help-out in all areas.I
really enjoy all the varied roles’. 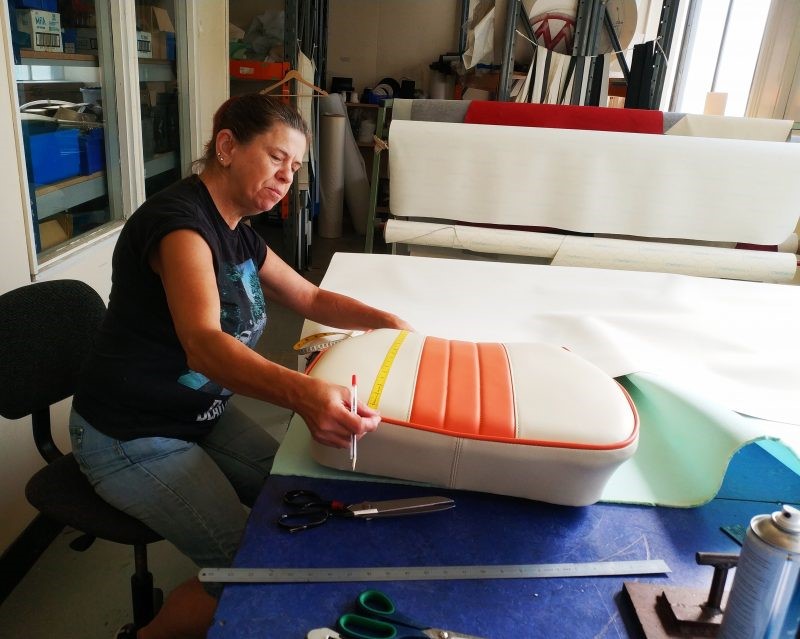 ‘I started working in the factory in 2005, initially
producing wheelchair cushions and then got trained up to do bee-hive
clothing with matching hats, which led on to nursing outfits and then
large Police tents.Drawing on this experience and my desire to learn I
went on to become an Upholsterer and to this day really enjoy the
variety of work and helping others with their training’.

WHERE TO FIND US:

If you would like to support Devon Disability Collective with a single or monthly donation of your choice, please click below. Your donation will help us achieve our social purpose, “to provide quality employment and training to people with disabilities and those furthest from the labour market”.  Your help is much appreciated.